Compatibility Horoscope for Combination of Pisces and Taurus Zodiac Signs.

Pisces man's tender romanticism, the mysterious image and beautiful tone of his voice will at once strike down a Taurus woman, quite on the spot. Zodiac sign Pisces is very soft with refined manners. By the horoscope, he is the opposite of a Taurus woman. She will find it easy with him - it is easy to work out ones authoritativeness on him, they can be manipulated, safely to meet strong resistance.

Pisces man, from the first day of their acquaintance, will treat his partner like a queen, obediently serving and obeying her. He will try his best to fulfill all her wishes and whims, and will even displease himself to please her. Taurus woman will take Pisces man's courting as granted, and will not be very surprised that he devotes his entire life to her: zodiac sign Taurus purposed her to have a royal posture and egocentrism, characteristic only of the powerful. She is a queen, and everyone who meets her on the way must know this.

Pisces man will make a mistake if he will unconditionally obey the Taurus woman: the passion between these zodiac signs, flaring up like a match, will quickly be extinguished before it could flare up into a larger fire.

Taurus woman will soon begin to be annoyed by her partner's absolute obedience and resignation - passion, resistance, struggle, opposition and defense of one's own opinions turn her on. Taurus woman wants to have a strong personality near her that will guide her unbridled temper to a peaceful course. She wants to see softness in her partner but combined with strength and perseverance. Nevertheless, Pisces man's softness that so seduced her from the first minute, lacked a strong foundation. With time, Taurus woman will notice her man's weak knees, his inability to make important decisions, his avoidance of responsibility, and will be deeply disappointed. If the Taurus woman feels strong feelings to the Pisces man and wants to keep this relationship with every effort, she will for some time try to stimulate him. But the trouble is that Pisces man will take any attempt to push him into as a pressure on his person, and will shy away from that, hiding and maneuvering in the water column.

According to the compatibility horoscope, the responsibility for maintaining the relationship in this union lies on the Pisces man: if he will be open to dialogue, and will want to change, make active efforts to build a life together, he will make a Taurus woman very happy. His woman, watching his efforts, will make everything possible, or impossible, to save the marriage - she does not need a mama's boy, incapable of taking independent steps, but she would love the Pisces man, as an equal and consistent Partner in affairs to whom she can rely on in difficult times. 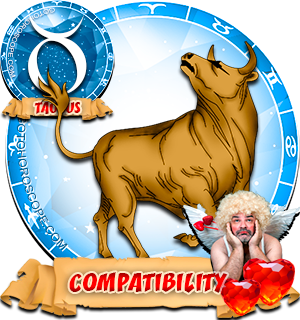