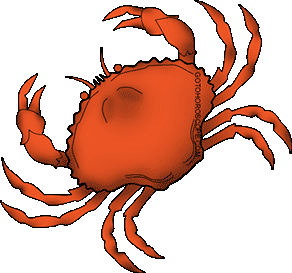 Compatibility of Cancer, Basic Traits of the sign of the Zodiac Cancer' Compatibility in the Work & Business Spheres, Cancer Partnership Relationships Preferences, those born during June 22 - July 22

Cancer is a Water sign. The Fourth Sign of the Zodiac which rules the Fourth House, the House of Points, Leads, and Prompts. Cancer is ruled by the planet Moon. In the ZodiacCancer is opposite of Capricorn. Cancer means Crab.

Should strong natural feeling prevail, the dynamic aspects of Aries may be welcome in business ventures, and can meld well with the money sense and the protective and defensive instincts of Cancer. At work, an Aries on offense and a Cancer on defense together offer the basis of an effective all-around team. Enterprises can only succeed, however, if each party feels free enough in the relationship to express his/her individual point of view.

At work, these two make a powerful team, particularly as business partners or co-workers engaged in getting new projects off the ground. They are less successful as a boss-employee pair. Projects involving longdistance transportation, mammoth machinery (real, structural or on paper) or high-flying corporations are especially favored.

At work the anger disapproval and aggression of Gemini and the hurt withdrawal and claiming attitudes of Cancer must be resolved if the relationship is to prove productive. But usually this relationship in business is not very productive because there would be so much bickering over the small things that nothing would ever get accomplished, unless, of course, the Natal Birht Chart tells us different.

These two do very well as friends or as co-workers in a professional setting. Here their emotions can be kept under control (with short, sharp and snappy lapses). When they funnel their energy into a commercial endeavor, few can withstand their momentum once they get moving, they are like the waves of the mighty ocean or the irresistible pull of a river's current.

A partnership between these two will seldom workout as Leo will soon become tired of the constant complaints and negative attitude of the Cancer that also wants to play the role of fearless leader.

The best-case scenario in this combination is often for this pair to work together, consolidating their relationship around a career endeavor. These partnerships are especially productive in entrepreneurial endeavors such as restaurants or hotels, small stores, services and schools. Power struggles and individual exploitation should be carefully avoided, and if business partners or co-workers who are also friends, mates or family members are o ensure mutual relaxation and enjoyment, they must be careful to draw a strict line between their work and heir domestic or social life.

At work, the most favorable situations for these two are probably as colleagues who have a hand in guiding the future of a company or other organization. Here the pair's imaginative vision can shine, as long as hey have highly practical types around them to work with them to make their dreams come true.

For the obvious reasons this business partnership would not have much of a chance in working, because the dominating nature of Sagittarius would soon be running the whole show and Cancer would not be able to stand it long time.

Career connections between Cancer and Aquarius are favored. Should these two form a business partnership, serve as executive colleagues in a company or work side by side on the job on a daily basis, they stand a good chance of achieving success. Most effective when their ideas have a likelihood of being implemented, they can quickly grow bored with a position that demands only that they accomplish a predetermined task. Innovative in the extreme, these two make excellent problem-solvers , being capable of thinking up the most ingenious ways to get out of tight situations and come out on top.