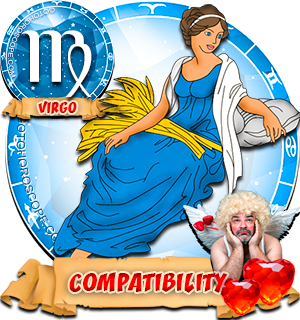 Compatibility Horoscope for Combination of Virgo and Scorpio Zodiac Signs.

In different worlds, and suddenly finding themselves in the same period of time - a Virgo man and Scorpio woman. According to the compatibility horoscope, it turns out that these zodiac signs almost never come across each other, and deep feelings rarely arise between them.

The delicate shy Virgo man, while penetrating into the very soul, can very well understand the Scorpio woman. Zodiac sign Virgo is able to capture the nuances of mood and semitone feelings. The man is very finely tuned to the vibration of the soul of his beloved. However, she is not very happy with that: the Scorpio woman is most often against anyone, even a loved one, penetrating into her secret and making her weak. She is a strong and defiant, with sometimes coarse manners, can easily offend a Virgo man, not even noticing it. Virgo man deeply goes through grievances but tends to search for the cause only in himself. He considers himself a failure but adores a Scorpio woman for her strength and strong-willed steadfastness. He wants her to always be with him and help him through difficult times with her advice and energy. In physical love, Scorpio woman feels relaxed, while Virgo man is always screwed-up: he feels that was not at the height of which his woman flatters him.

He hates himself for these complexes, but cannot help himself.

Virgo man very delicately feels people. If the zodiac sign Scorpio evaluates all on the simple principle of 'I like' and 'I do not like', then her man can say a lot about the person, about those qualities that lurk behind his appearance. The Scorpio woman will really like this Virgo man's ability, they will together discuss all their friends, and she will slowly and gradually learn this subtle art. Virgo man is a witty person, but he should not sharpen this skill on his beloved woman. Scorpio woman will not as well tolerate molestation, curiosity or indifference to her. This couple has qualities that are inherent in both parties - determination, ability to constantly learn, and honesty. Under negative developments, Virgo man closes himself off, becomes rude and hard-hearted. The Scorpio woman would be the first to demand a divorce.

But, according to the compatibility horoscope, Virgo man and Scorpio woman have the potential to become very close friends and not just lovers. They will always protect and support each other, learn, engage in constructive dialogue, and their quarrel should be the starting point of understanding and mutual support. 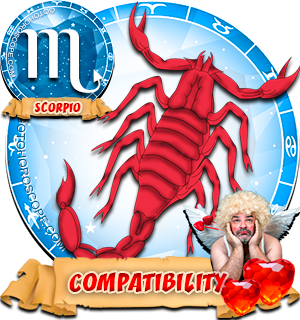 I must add that up until this point we never argued in our relationship and we always felt loved.

Then when I left (we have been living in different states due to studies since the start of this year) he became distant again. No verbalizing 'I love you' etc. So I spat it... which I rarely do since he tends to keep me calm... but I couldn't take the uncertainty and coldness anymore. In our last conversion he told me he lost the love we had and doesn't see a future together.

The only explanation I got for his doubt was that our families are different, yet it was never a problem before so WTF? Mind you I was calm and he was crying.... which is completely opposite to how we normally are around each other.

He told me I can call him whenever I want too because he still cares, but I said that won't happen. It's been almost 1 month since we spoke that day. Although I'm very focused to move on, I cry every night b/c my heart won't let go of him.

Anyway back to your situation, coming from a Scorpio Woman, the best advice I could give would be to just listen to her and hear her out. Try not to criticize her about anything (we already know what you think about us, but we are more interested in your feelings) and if she can be honest with you as to what she really needs, then you will know if you can make each other happy again. If you can't find a way to make her feel special to you, then there is no chance of getting her back. Good luck.

Despite what has happened recently I still love my Virgo ex, so if you have any advice on reigniting a Virgo Mans Love again, please send some advice my way. Thanks 🙂
Vico 2014-08-22 09:17:39
👍 +10 👎
This is so on point bt ryt now we've broken up tho' she asked for it. What are our chances of getting bck together.
Suga 2014-11-07 06:39:46
👍 +6 👎
I'm a scorpio woman, when we truly love someone we love hard..If she is wise and mature and truly in love with you, don't hide your feelings with her.. Tell her how you really feel truthfully to win her heart back and be careful not to bruise it again.. Don't let a good woman fall into the hands of someone else.. You won't get another chance and she will move on..
Dana 2014-11-05 04:04:12
👍 +7 👎
Don't you dare call him! He told you, and your not willing to accept it...He's no longer interested in you and if you continue to phone him, and try and be his friend, he will just use you for it! Do you want to be a fill-in, or a booty-call? Take it from me, I am in my forties, been around the block and have done and heard it all.

Let him go, and move on though it's killing you and it's hard, but it's best. Sometimes we women never get the real reason as to why it was all good then it goes South quickly. Another word of advice, never just move in with a man, you date, and if he wants to spend the rest of his life with you, he will ask you to marry him period!
Anthony 2014-11-26 14:09:32
👍 +9 👎
That's not how virgo men are. I am one, and know very many. We are more likely to throw ourselves on a spike for you than use you, even if we had broken up. So though I can't speak for his character personally since I so not know him, I doubt her continues contact will lead him to use her, not consciously anyway. The only way I see her getting hurt through attempted, continued contact is,that he will see her feelings for what they still are regardless of what kind of filter she tries to put on it, and might end up leading her on accidentally just because he is lax to hurt her by disillusioning her.